Because no, fishes are not supposed to be just dumped into your pot or bowl at home. They need proper cleaning and care regularly. Also, Paradise fishes are meant for their bad temperament and aggressive behaviour. They can be a little difficult to manage as well.

What type of behaviour is portrayed by Paradise fishes?

Paradise fishes are quite aggressive, more than any other set of fishes, and usually fall under the category of a fighter fish. However, they can be a little too possessive and attack fishes of their breed, or sometimes other fishes may be a potential victim.

As mentioned, paradise fishes fall under fighter fishes, and this fight can lead to the death of other fishes and them. Especially if you are keeping a paradise fish in a bowl along with other fishes, it’ll fight for its space in the small confined bowl. 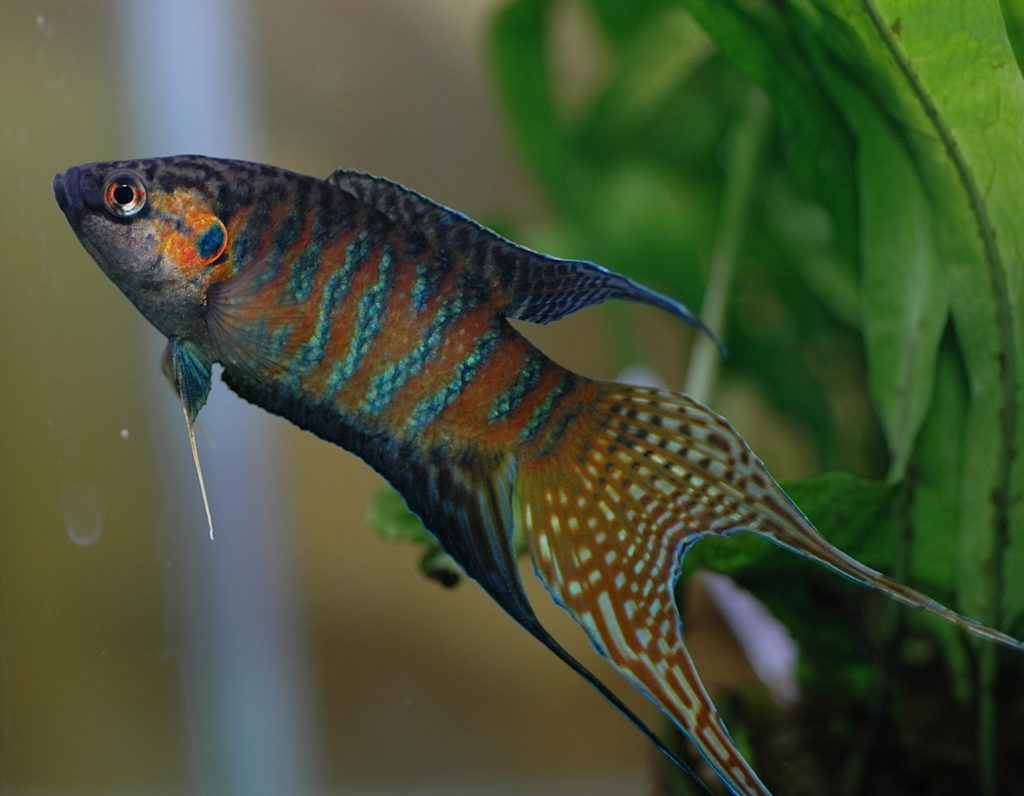 Suppose you have planned to put opposite-gender fishes together for mating. In that case, you must know male paradise fishes are one of most aggressive and competitive, so instead of mating, there are chances you will get the news of fatality. Therefore, it’s better advised that male fishes are always kept separately.

Why do people choose paradise fishes?

One main reason why people choose fishes is because of how they look and especially Paradise fishes. The beauty is surely astonishing.

The bright and dull blue and red stripes present on their body make them stand out in the entire group swarming together. The caudal fin is usually a bright orange, a complement to its red stripe and a contrast to its other fins having singular colour. The other thing that shows them more prominently is the black or dark blue spots on their body.

Colours, stripes, and dots combined, what else can be more visually appealing?Appearance is the major reason people choose paradise fishes, and that’s exactly where they go wrong.

No matter which pet you are keeping, it requires immense care and cleanliness and does fishes. You shouldn’t just put them in the pot and leave them on their own. Timely cleaning, medication, feeding, and care plays a major role.